Campaigns Galore! The following campaigns will be kicking off on Thursday, July 2 at 7:00 a.m. (PDT)

Don't miss your chance to get ahead with this plethora of precious campaigns!

Read on to learn more about each campaign.
The Summer Alter Ego Extravaganza will commence on July 2, bringing along with it three new alter egos to add to your arsenal!

- Leonoyne, the ice-cold hero of Jugner!
- Maximilian, the cunning commander of the Bastokan 1st Legion!
- Kayeel-Payeel, Master Caster of the Aquarian War Warlocks!

- From the Far East, the enigmatic Tenzen!
- The Springserpent General herself, Mihli Aliapoh!
- Valaineral R Davilles, master of the Uriel Blade!
- Coming to you straight from Abyssea, Joachim!
- Bane of beastmen, the Red Rose Warrior, Noillurie!
- The fiery Elivira, captain of the Gold Musketeers!
- The most patient beastmaster, Lhu Mhakracca!
- Ferreous Coffin, the bringer of white death!
- Gilgamesh, salty samurai of the sea!
- The Tavnazian Terror, Kukki-Chebukki!
- Adoulin's eyes and ears, Margaret!

Read on for more details on the alter egos available during Summer Alter Ego Extravaganza and how to acquire them.

With boots and boards and helms and swords, the time has come to strike once more! Warlords of Draenor Arena and Battleground Season 2 has begun, and Horde and Alliance leaders are calling all of their champions to seek victory on the glorious field of battle.

Before you set foot in an Arena or on a Battleground, keep in mind the following adjustments that have been made for this season:

Good luck, and may your enemies fall before you this season!

July is upon us, with its fireworks and its fires and its fiery ways. Patch 6.2 is here, and that means that there’s a lot to see and do in both Azeroth and Draenor. If your cup runneth over, perhaps you should put out some of the fires!

Midsummer Fire Festival [June 21 – July 5]
There’s a fire in the sky and a dance around the ribbon pole. Flames will be ignited and tossed and caught and blessed. All of the fires will attract the Frost Lord, Ahune, who can only be battled during this event each year. Don’t forget that his Satchel of Chilled Goods is the only way to get a Frigid Frostling.

Every hour, on the hour, look for fireworks in the skies over major cities in Azeroth. Additionally, you’ll find fireworks aficionados offering mugs and kegs of tasty brews. Dance with them for a special buff.

Want to participate in the rocket launching? Look for holiday fireworks vendors in Booty Bay, Stormwind, Orgrimmar, Ratchet, and Ironforge.

Darkmoon Faire Returns [July 5 – 12]
The mysterious and fun Darkmoon Faire returns to Azeroth on July 5, and if you haven’t completed all of Silas Darkmoon’s new Darkmoon Races, now’s the time! Test your speed and agility on a variety of racing mounts as you dodge electrifying obstacles and zip all over Darkmoon Island for rewards and achievements.

The faire continues to be one of the best ways to acquire heirloom gear, and don’t forget all of the toys, mounts, and pets that can only be gotten here. Furthermore, there’s a big wolf out in those woods. Get some friends and check that out! 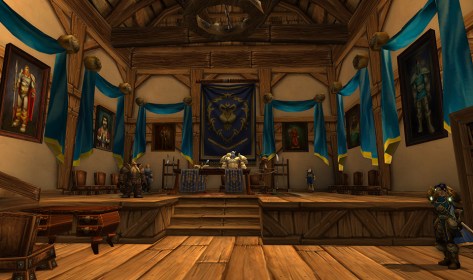 Looking for something in the realm of eSports? Here are a few World of Warcraft Arena tournaments to keep tabs on.

The GCDTV [(G)lobal (C)ool(D)own TV] tournament is hosted by DMachine and cast by Arena veterans Breaker (subtlety Rogue), Supatease (restoration/balance Druid), and Venruki (three-time BlizzCon competitor). You can catch all of the action on the GCDTV Twitch channel. Catch up on previous tournament VoDs here, and follow their official GCDTV Twitter feed to stay up to date on all of the action.

For more information, head over to the ESL news site, and don’t forget to follow ESL on Twitch and Twitter.

The best 3v3 Arena teams from Australia and New Zealand will face off to determine who will travel to compete in the America Championship and beyond. Catch all the action on the official World of Warcraft Twitch channel starting at 11:00 a.m. AEST on July 18 (6:00 p.m. on July 17 PDT). For team sign ups and further info: http://wowarena2015.aclpro.com.au/

Taking place July 31 - August 2, the Twink Cup is a level 19 tournament with a $7,000 prize pool. For all the details on this event, head over to http://bisnation.net/forums/topic/2015-twink-cup-planningdiscussion/. You can also follow Twink Cup on Twitter and Twitch.

What are you looking forward to in July?

In World of Warcraft Patch 6.2, we're introducing a new series of seven different weekend Bonus Events, two of which will feature Timewalking Dungeons—one in Outland dungeons for characters level 71 and higher, and another in Northrend dungeons for level 81 and higher. When you Timewalk these dungeons, your character’s power and gear will be scaled down to a fraction of what they normally are, and as you may have never ventured into some (or any) of these dangerous places, it might be a good idea to prepare yourself now.

Coilfang Reservoir is the name for a naga-dominated compound that lurks under Zangarmarsh's deepest waters. The reservoir, punctured throughout by massive open pipes and pistons, seems big enough to house armies - and, yet, its purpose isn't strictly military.

Here, concealed by the cold fathoms, Lady Vashj's naga ply their resources - the exotic flora and fauna of the cavernous Underbog, the Broken who toil in their claustrophobic Slave Pens, and the arcane machinery they've constructed in the Steamvault - towards a catastrophic goal set forth by Illidan the Betrayer. Unopposed, they will drain Zangarmarsh's waters, and claim dominion over the dry bog that remains. 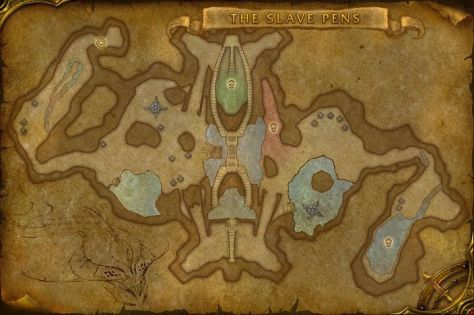 Mennu is one of the Broken, draenei twisted and deformed by demonic energies unleashed by the orcs. When the naga invaded Zangarmarsh, many of these tragic beings desperately attempted to escape the region. Mennu, however, chose a different path to freedom. In exchange for his own life, he betrayed his fellow Broken to the serpentine invaders and agreed to lord over his kin as a slave driver.

Following Draenor's destruction, Rokmar fled into the depths of Zangarmarsh. The energies that had torn the world apart enveloped the behemoth, bolstering its strength and size at the price of constant agony. The naga were awed by Rokmar's ferocity when they first arrived in the region. Rather than kill the beast, they enslaved it and used the creature to subjugate much of Zangarmarsh's indigenous life.

Quagmirran was once a ruler of Zangarmarsh's immense fungal giants. He was captured by the naga while wandering the region's serpentine caverns and subjected to excruciating torture. Now this broken being serves his overlords without question, silencing all who oppose the will of Lady Vashj.

If you haven’t earned these achievements already, completing this dungeon will award The Slave Pens and Heroic: The Slave Pens, the latter of which is required for Outland Dungeon Hero.

Get in there and Fight!