The moon is full and glorious in the Azeroth sky, and love is most definitely in the air as the month of February gets underway. There’s much to see and do, and we have our eye on what the communty's up to, too. In the February edition of This Month in WoW we want to not only highlight some of the in-game activities for this month, but also spotlight some exciting esports and community events and creations.

January 23, 2016 marked the 10th anniversary of the first opening of the Gates of Ahn'Qiraj, a massive event that took place on every realm in World of Warcraft. Both Alliance and Horde players gathered to turned in enormous stockpiles of supplies for the war effort, including 800,000 Linen Bandages and 96,000 Peacebloom. For weeks mostly throughout February 2006, different realms came together to open of their gates, and were greeted with this realm-wide message:

(Player name), Champion of the Bronze Dragonflight, has rung the Scarab Gong. The ancient gates of Ahn’Qiraj open,revealing the horrors of a forgotten war…

Guild Survivor Season 2
Join Sparty Smallwood live every Thursday at 6:00 p.m. PST for a new Season of Guild Survivor. Tune in and weigh in on the tribes, root for your favorites, see who gets voted off, and take in the challenges before them.

What is Guild Survivor? Learn more about it from Sparty in this video.*

Stay up-to-date on all of the latest World of Warcraft news and goings-on with some of our favorite podcasts:

Convert to Raid podcast When: Catch the livestream recording every Tuesday at 7:00 p.m. PST.
About: “Listen to the latest news and views on raiding, insights from our players. . . and a bunch of really bad jokes.”
Visit the Convert to Raid site to learn more about the show and follow them on Twitter at @converttoraid.

The Instance podcast
When: Catch the livestream recording every Friday at 9:00 a.m. PST
About: “Join Scott Johnson, Mark Turpin, Patrick Beja, and Willie Dills every week for all things WoW and Blizzard! ”
Visit the Instance site to learn more about them show and follow on Twitter at @instanceshow.

Realm Maintenance podcast
When: Catch new episodes every Tuesday
About: “Realm Maintenance is a podcast that provides news, interviews, and other information covering podcasts for World of Warcraft and other Blizzard franchises.”
Visit the Realm Maintenance site to learn more about the show and follow them on Twitter at @RealmPodcast.

Chics that Click podcast
About: Relative newcomers to the WoW community of podcasters, hosts @Esmeralda_Sky and @Jaygurrl cover World of Warcraft and Blizzard gaming.
Visit the Chics That Click podcast site for more episodes and follow them on Twitter at @ChicsThatClick.

Stay on top of all the latest from GCD.tv by following them on Twitter and on Twitch.tv.

The GCD Pro League - Winter - Season Finals arrive this weekend — learn more about the tournament here, and watch it live on Twitch.tv/GCDTV.

You can keep up-to-date on all of the in-game events through the calendar on the World of Warcraft website here (log in and select Events from the drop-down menu under your character name), or simply view the in-game calendar for exact event start times for your realm.

Lunar Festival — February 1–15
Every year the druids of Moonglade hold a celebration of their city’s great triumph over an ancient evil. During the Lunar Festival, citizens of Azeroth have the opportunity to honor their elders by celebrating their sage wisdom, sharing in magnificent feasts, and of course . . . shooting fireworks!
Learn more about this event on our site here. For more tips and tricks on making the most of this holiday, head over to Wowhead’s holiday guide.

Love Is in the Air — February 15–29
Something is in the air in the major cities of Azeroth. Many guards and townsfolk spend their days giving and receiving gifts to other amorous citizens.

Learn more about this event on our site here. For more tips and tricks on making the most of this holiday, head over to Wowhead’s holiday guide.

Battleground Bonus Event — February 3–8
While this event is active, random Battlegrounds will award Honor at triple the usual rate. Glory awaits in the fields of Battle!

Draenor Dungeon Event — February 10–15
While this event is active, defeating enemies in any level 100 Heroic or Mythic dungeon will award reputation with an appropriate Draenor faction.

Pet Battle Bonus Event — February 17–22
While this event is active, your pets will earn experience at triple the usual rate! Get out there and battle

Check out the latest development information on the Legion alpha test.

A second mass test for the new Citadel code branch will take place on Friday, January 29th, at 17:00 UTC (EVE time) on our test server Duality.

After fixing some issues revealed by the previous run, we are now testing again core functionality of the Citadel code branch. During this mass test we will have a fleet fight and potentially a trip to a partially functional Citadel. This is early development: this mass test offers you a glimpse at development in progress on Friday, January 29th, at 17:00 UTC (EVE time). More information about this mass test can be found in this forum thread.

To join the mass test you can easily use the EVE Launcher: Simply activate the server "Duality" in the Launcher setting menu, then choose "Duality" in the drop down menu and log in - it is that simple!

This year, Fanfest is going to be even more focused on the most important part of EVE Online – our awesome community and the bonds that develop between wingmen during their time spent in New Eden.

With this in mind, we are happy to announce that for the first time in the twelve year history of Fanfest, we are hosting an Alliance Prize Draw for Fanfest 2016.

To be eligible, alliances need to have a minimum of 10 registered attendees who have stated their alliance affiliation when they purchased tickets through our Fanfest ticket sales page on Eventbrite. If an alliance reaches 20 confirmed attendees, then the chance of a win will double.

If you didn’t enter your alliance affiliation when you purchased a ticket, fear not!

Every ticket holder who purchased their tickets can add their alliance information by logging into Eventbrite and doing so. A login link is featured on the ticket purchase confirmation e-mail that attendees are sent when they purchase their EVE Fanfest 2016 ticket.

If you experience issues logging into Eventbrite, you can contact Eventbrite support for help on how you can add and edit information you’ve submitted when you purchased your ticket. You can also contact Fanfest support for assistance with this too. 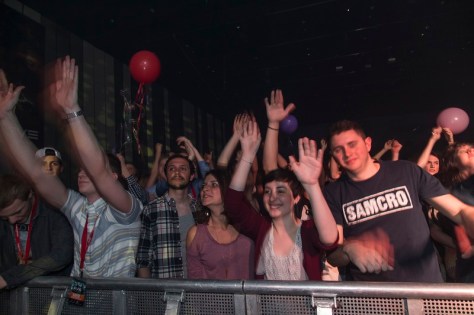 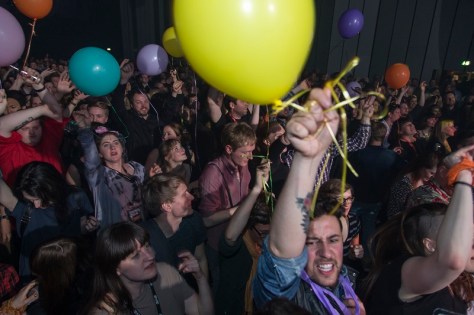 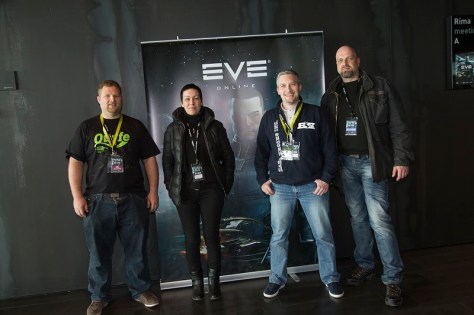 With great competitions, come fun prizes. Here’s what’s up for grabs for the winning alliance at Fanfest 2016.

With great competitions, also come rules and regulations (the lawyers made us do it!). Here’s more details on the technical side of the contest and what you need to know.

If you haven't gotten hold of your tickets for Fanfest 2016 yet, you can head on over to the Fanfest Website for more information about the event, and to grab tickets while you still can!

After an issue we encountered on Tuesday afternoon with the login server (Single Sign-On; SSO) for our test server, Singularity, we discovered that usernames were appearing in the Singularity section of the new Launcher without the user having entered them.  Apart from the usernames themselves, no data was given out, and the accounts were inaccessible as Singularity was down at the time and has remained offline since.

In an update we carried out yesterday on the test login server we purged all login tokens from the launcher, meaning users needed to log in again with all accounts that you use.  We apologise for the inconvenience but wanted to take as many steps as possible to resolve the issue promptly.

We will be releasing a game Launcher later today, January 28, to remove the display of these usernames entirely. This update will also be fixing some crashes and such.  For more details on this and other updates, see the EVE Launcher forums.

Singularity will remain inaccessible until later this afternoon, and the mass test scheduled for today will go ahead as planned.

We invite you to check out the new Project Discovery with our next mass test on Thursday, January 28th, at 17:00 UTC (EVE time) on our test server Singularity.

Project Discovery is a crowd based scientific program to help researchers indentify human proteins. Besides testing this project we also will investigate the general performance. You can preview Project Discovery during a mass test this Thursday, January 28th, at 17:00 UTC (EVE time). More information about this mass test can be found in this forum thread.

To join the mass test you can easily use the EVE Launcher: after choosing "Singularity" in the drop down menu you already can hop in - it is that simple!

All participants will receive a small reward of two million skill points on Singularity.