We invite you to test the client and server performance with our next mass test on Tuesday, March 1st, at 17:00 UTC (EVE time) on our test server Singularity.

All participants will receive the reward of two million free skill points on Singularity.

We are happy to announce that voing for the Eleventh Council of Stellar Management is now open!

In total we have 53 approved candidates that are listed on this page for your consideration when voting.

There are a lot of candidates to pick from, so if you're still undecided you may find Vote-Match useful. Vote-Match is produced by former CSM member Diedra Vaal and allows you to easily find out which candidates your interests align with. You might also want to check out CSM Watch which has interviews and roundtables with candidates and coverage of the campaigns, as do many other blogs and fansites.

Voting for CSM 11 is open until March 25th, so you have some time to carefully go over the list of candidates and make your selection. For further information on how to vote, and key dates surrounding the CSM 11 elections, see this blog.

May your votes strike true!

Happy Leap Day! Today is February 29, a date that doesn’t come every year, so you should do something memorable. We suggest you go take a leap.

The Achievement “Going Down?” rewards you with 10 Achievement Points when you fall at least 65 yards and don’t die. Unless you take precautionary measures – and who does that, really?? – a fall of about 70 yards will kill you, so you’re going to want to pick your spot very carefully. Fortunately, there are many well-known places to take the plunge!

After last night's unscheduled downtime due to database issues, we have been made aware of a number of players who are experiencing abnormal client behavior.

After extensive investigation, we have confirmed that these issues, which include the market and sections of the UI not loading, as well as other parts of the UI failing to display, are manifesting themselves for those players who were logged when the database issues occured last night.

In order to resolve these issues, players who are affected need to clear their cache, following the instructions in this Help Center article. If you are unable to log into the game due to this issue, please follow the "manual" instructions in the article.

Clearing the game cache appears to be resoving these issues for all players affected. If you still experience issues after clearing your cache, we recommend contacting customer support for further assistance by submitting a support ticket via the Help Center.

Due to a potential database issue, the Tranquility cluster will be shutting down at 20:15 UTC.

This shutdown is required so that our Operations team can test and fault find to ensure that the database for Tranquility remains healthy.

At this point in time we do not have an estimated time when Tranqulity will be available again, however we will continue to update you on the situation in this forum thread.

On June 30th 2016 we will discontinue support for the old EVE launcher which will also bring our Windows XP and Vista support to an end. Players still using Windows XP will be unable to launch the EVE client from the new EVE Launcher.

Microsoft ended the mainstream support for Windows XP 7 years ago (14 April 2009) and extended support ended 2 years ago (April 8th 2014). While we wanted to maintain support for XP and Vista for as long as possible, it is now causing too great a burden on our development team.

Although we are aware this change will affect 3.2% of our player base, we cannot continue to maintain the additional overhead supporting this platform causes. Sunsetting Windows XP support will simplify development and the complexity of our platform testing. This allows us more time to focus on new features, such as providing a smoother and more enjoyable experience on our DirectX 11 client and puts us in a better position to end DirectX 9 support in the near future.

You will have 4 months until we remove the old EVE Launcher access on June 30th 2016. If you are unsure what Operating system you have you can check on this site, and you can discuss this announcement in this forum thread.

Last year with teamed up with Gæðingur brewery in Iceland and made special Fanfest beers. Needless to say this experiment was a smashing success, and we are therefore thrilled to announce brand new and exclusive Fanfest beers from The Brew Eden Collection.

This year we are working with our neighbors based on the ground floor of CCP headquarters, Bryggjan Brewery.

A few months ago, we formed an unofficial Official EVE Beer team comprised of the best beer connoisseurs that the EVE Dev team has to offer, and after months of highly scientific research and numerous days of testing, the team have reached a conclusion with the Bryggjan Brewmaster. We cannot express how happy we are to tell you that these are the official beers of EVE Fanfest 2016:

Bryggjan will start their brewing in March, and we‘ll make sure to give you an update and more information about their character and taste once they begin to come to life (as well as more information on their alcohol content!).

For now though, here's a couple of pictures of the highly scientific testing: 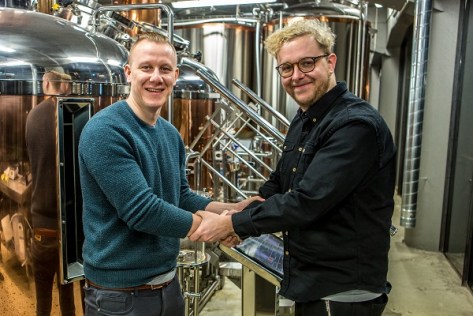 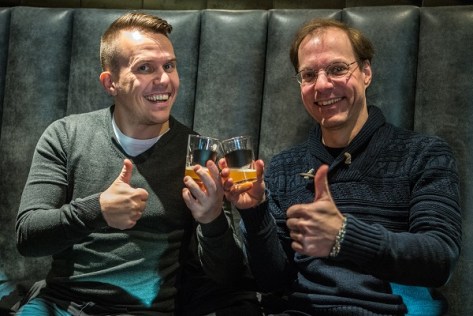 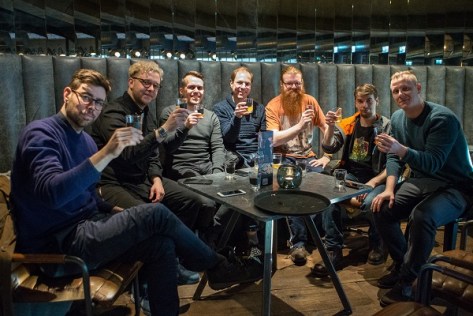 We would also like to take the opportunity to announce our first two player speakers for Fanfest 2016!

The first speaker to announce is Max Singularity, a prominent EVE player who also happens to have a long real life history with space flight, working out of NASA's Jet Propulsion Laboratory in Pasadena, CA. He will be presenting at Fanfest 2016 to provide ongoing insight into NASA and JPL's future plans for space exploration.

Our second speaker, Chessur, is well known in small gang PvP circles within EVE, and will be presenting a light hearted look at small gang PvP in the form of a fun and informative how to guide based on years of experience in small gang warfare in EVE.

More information on more Dev and Player speakers will be upcoming in the weeks ahead!

Sing along with Developer and friends!

We all know that Fanfest attendees like to drink, be merry and sing. A lot.

With this in mind, getting everyone together at one place for a night of karaoke seems like a pretty sweet idea. And that‘s exactly what we‘re going to do! What could possibly go wrong?

On the night before Fanfest, Wednesday April 20th to be precise, we‘re going to meet at the Húrra bar in downtown Reykjavík for a full evening of EVEoke. The karaoke will be curated and under the control of the infamous DJ duo and karaoke queens, Hits & Tits, and CCP will make sure to send all of their best and worst singers to this prelude of Fanfest 2016.

Please note that since Thursday April 21st is a public holiday in Iceland, bars in Reykjavík on Wednseday night are open the same hours as on Fridays/Saturdays - 4:30am.

After careful consideration whilst planning upgrades and changes to Tranquility, we have decided to discontinue the EVElopedia as of the announced extended downtime on Monday February 29th, 2016.

With the introduction of the new Help Center and the ever developing Flight Academy project from our Customer Support Team, as well as the amazing (and far more up to date) player run wikis out there such as the EVE University Wiki and the Brave Newbies wiki, plus the availability of more up to date static data from the EVE Universe via CREST, we feel that the EVElopedia's life cycle has run its course, and it is now time to move on from hosting it.

The EVElopedia also contains a significant amount of prime fiction and official backstory reference material that has been worked on by both CCP, and our fantastic ISD Mercury division. This will be relocated to a new home over the course of the next couple of months so that all players have read access to it, and ISD Mercury can continue to contribute to developing prime fiction and backstory for the EVE Universe.

The EVElopedia will remain online until the start of the extended downtime on Monday, February 29th, at 09:00, when it will be taken offline permanently. Players are more than welcome to back up their own EVElopedia pages and copy any data they feel they would like to preserve between now and then.