For years, the Internet’s video game boy band from New Zealand has been putting out hits … of sorts … but only recently did they turn the full force of their video creation toward World of Warcraft. This week, we visit with Adam King of Viva La Dirt League in our Community Spotlight.

Q: Let’s start with your name. What’s up with that?

A: We were initially just planning on calling ourselves “Dirt League”, but there was already a YouTube channel called that already so the name was taken -- which we’re thankful for now. Viva la Dirt League just has such a nice ring to it.

Q: What’s your history with World of Warcraft?

A: I started by playing Warcraft III. I randomly picked it up in a game store and thought the description on the back sounded fun and then loved it so much that I probably played it through about five or six times.

The first World of Warcraft character I played was a Gnome warrior and I remember coming out of the starting zone and setting my eyes on Dun Morogh and Ironforge for the first time - my jaw must have dropped and hit the table! I was so enthralled. Questing my way through all of the original zones I fell in love all over again and I haven't looked back since!

Q: So questing is your main activity?

A: I'm a big storytelling geek, so I get into every single nook and cranny of the story that I can. Whenever a new expansion comes out, I’m straight into the quests and the storylines. I read every single line of text that every NPC says, and I pick up every Warcraft manga, comic book, and novel. I love how the game brings people together.

I have a lot of friends to this day that I met in game, so I like to spend a lot of time in the chat, talking to people, getting to know the people that I group with.

A: Alan, Rowan, and I are gamers, filmmakers, and most importantly—nerds. We love making videos that appeal to the community. Youtube is an amazing place and we have an awesome audience that we love so much. They’re like us, and they get to know each other. They talk about the games, they talk about our videos, and the get to interact with us. It’s such a nice vibe constantly. It’s cool to see that passion they have for our channel - and we give it back to them 110%.

A: The idea came from playing games like World of Warcraft. Alan, Rowan, and I were thinking about how NPCs are hilarious. As soon as you focus on one, you see that they only have one line of dialogue, or they only walk between point A and point B, or they have an amazing backstory that a lot of players miss. They don’t seem to care about their safety. So we put all our heart and soul into making a first season with help from a local museum, the local LARPing society, and some dedicated. The reaction to it has been so overwhelmingly positive that we are going to make it a permanent fixture of our channel and keep it going for the foreseeable future.

Q: What are you looking forward to in World of Warcraft?

A: It has to be the culmination of the story of the Legion invasion of Azeroth. This expansion is bringing together so many awesome threads of a story that has been told on an epic scale for the last 12 years. But most of all, I’m keen to try out the demon hunter!

This week we sat down with Lead Quest Designer Craig Amai to answer your questions on Legion Artifacts and the related Class Order Hall questlines. If you missed the live Q&A, don’t worry. We have you covered. Watch the VoD below to catch up on what you missed.

We’re really looking forward to getting the chance to dive in and answer as much as we can, so we hope to see you again next Thursday at 11 a.m. PT!

About the Legion Live Developer Q&As

It has been four years since the dwarf king Magni Bronzebeard was cursed as he sought to protect his world, frozen as a solid diamond statue at the center of Old Ironforge. In our new Legion digital comic, "Fault Lines," he emerges from his crystal slumber with a dire warning of dark times to come. But will his daughter, Moira, be able to set aside the pain of her past to forgive Magni and help unite her people?

We invite you to read and download the free comic here, through Dark Horse comics, or experience the action and sound of this tale through the Madefire motion book.

Written by Matt Burns and illustrated by Ludo Lullabi, "Fault Lines" is the first in a series of comics leading up to the Burning Legion's invasion of Azeroth.

Ludo Lullabi has more than twenty published works to his name. He has collaborated with Blizzard Entertainment many times, contributing to projects such as the World of Warcraft comic adaptation.

BioWare™ and Lucasfilm today released the next chapter in the episodic storyline of Star Wars™: The Old Republic™ – Knights of the Fallen Empire. The GEMINI Deception is available now to all Star Wars: The Old Republic players and raises the stakes as the Outlander prepares for the ultimate showdown.

The eleventh Council of Stellar Management will have its first summit September 12-15 at CCP HQ in Reykjavík, Iceland. 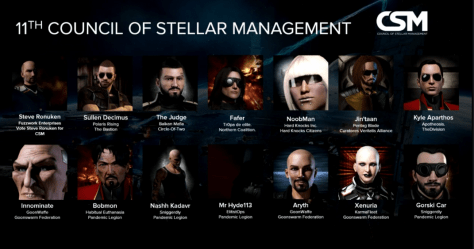 The CSM has gotten off to a strong start and the EVE developers are very excited to spend four days with all of them and getting their expert help in kicking off a great EVE winter! 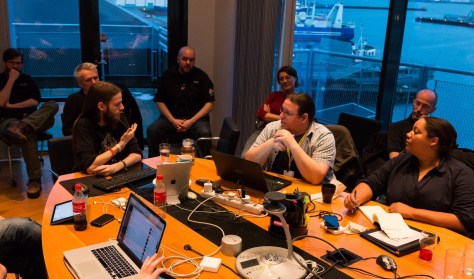 Do you want to help the CSM prepare for the summit and take an active part in space democracy?

Here's information on how you can reach out to invidiual members.

....and you can always post topics and take part in discussions that are important to you in the Assembly Hall forum section. 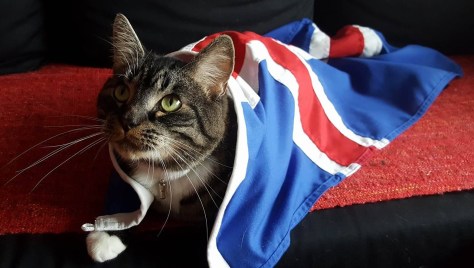 Picture courtesy of @CCP_Kitteh (he's supporting Iceland in Euro 2016, are you?)

Over here in Iceland right now, there's a little bit of Euro 2016 fever going on as Iceland compete in their first major football tournament.

For many sports experts, it was expected that in their first major tournament Iceland would not make it past the group stages. However, in true traditional viking style it would appear that the Icelandic team have beaten the odds and are through to the knockout stages, facing host nation, France, this Sunday at the Stade de France for the quarter finals.

At CCP, as an Icelandic company born and bred, we've been watching closely and cheering on Iceland during this historic journey, and we want you, the amazing EVE Community, to join in the fun!

With this in mind, we're going to start granting server wide rewards for every active EVE account to celebrate each Icelandic victory in Euro 2016 from here forward, so be sure that you're cheering on Iceland as they attempt to battle their way into the history books!

On the day of each upcoming match, make sure that you're cheering on Iceland and posting pictures to show how you're supporting the team on twitter with the #EVEONLINE hashtag, for the chance to win a few PLEX here and there too!

Here's what will be coming to pilots (one reward per active account) should Iceland advance and win their forthcoming matches: 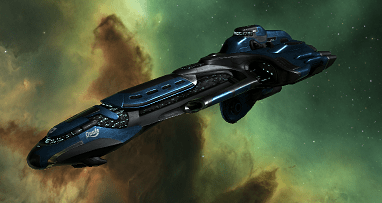 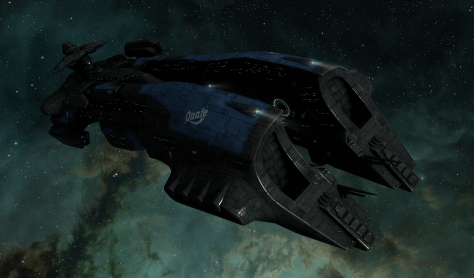 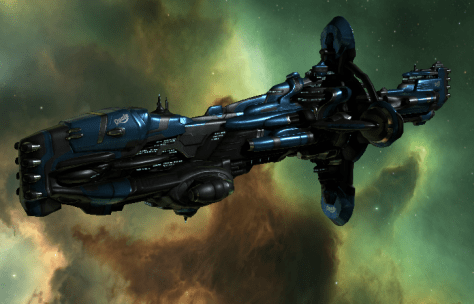 While the odds are being predicted to be against Iceland, here at CCP we're all hoping that they'll advance even further and add even more chapters to this amazing story!

Fear not though - Should Iceland be knocked out of Euro 2016 at any point, we'll still issue a consolation prize: 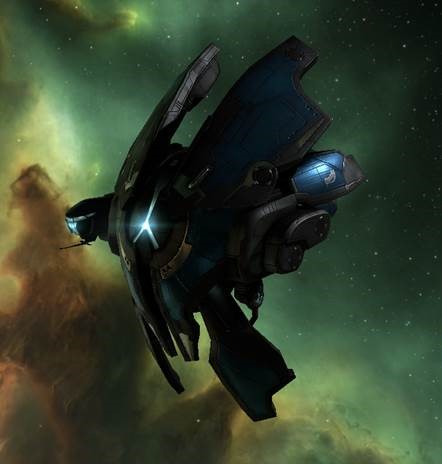 We do hope that the entire community will join us in celebrating the amazing achievement by the Icelandic team so far, and we hope you'll cheer them on with us in the coming matches!

Also, we have cake, thanks to CCP Bettik's commitment to smacktalking the competition: 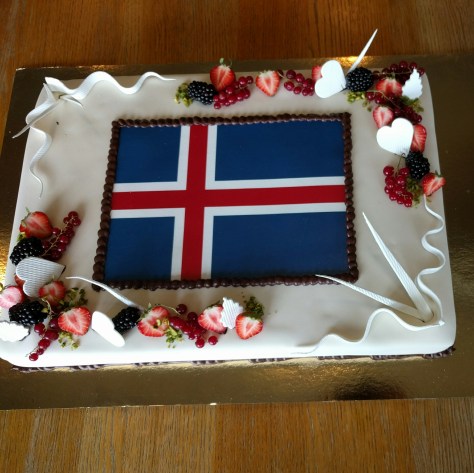 As was previously announced on February 26th 2016, and reiterated on June 7th 2016, EVE Online support for Windows XP and Windows Vista will come to an end today.

As of this afternoon, we will discontinue support for the old EVE launcher, which will also bring our Windows XP and Vista support to an end. As has been explained previously, players still using Windows XP will be unable to launch the EVE client from the new EVE Launcher.

Microsoft ended the mainstream support for Windows XP 7 years ago (14 April 2009) and extended support ended 2 years ago (April 8th 2014). While we wanted to maintain support for XP and Vista for as long as possible, it is now causing too great a burden on our development team.

Although we are aware this change will affect 3.2% of our player base, we cannot continue to maintain the additional overhead supporting this platform causes. Sunsetting Windows XP support will simplify development and the complexity of our platform testing. This allows us more time to focus on new features, such as providing a smoother and more enjoyable experience on our DirectX 11 client and puts us in a better position to end DirectX 9 support in the near future.

If you are unsure what Operating system you have you can check on this site, and you can continue to discuss this announcement in this forum thread.

The minimum system requirements for EVE Online will be updated later today to reflect this change.

In the July version update, we will be introducing Mog Wardrobe 3 and 4 as new optional fee-based storage systems.

We've heard from many of you that your bags are getting to be a touch cramped, and hope that the introduction of these optional, fee-based wardrobes will ease the burdens of adventurers who play a variety of jobs with large amounts of equipment.

Once again, these systems will be coming to Vana'diel in July.

The Road to BlizzCon is back! Registration has closed and the teams are set to begin Cup 2 and continuing play in the North American Qualifiers for the 2016 World of Warcraft Arena World Championship.

Saturday saw the Round of 8 in this Qualifier, with a total prize pool of $6000 up for grabs, and the top two teams will advance to the Americas Regionals later this year. Cup 3, the end of the North America Qualifiers, is coming on July 16.