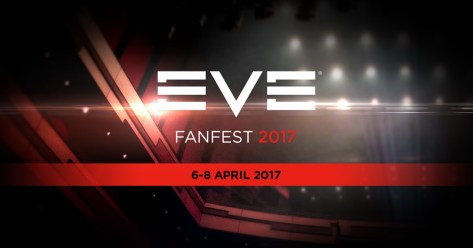 As the New Year celebrations draw closer, tickets for Fanfest 2017 are still on sale, with this year's event at Harpa from April 6th - 8th 2017 set to be a celebration of epic proportions!

EVE Fanfest brings our amazing community together in incredible ways for a three-day celebration of everything New Eden in Reykjavik, Iceland, the most northern capital city on Earth. Attendees can expect amazing presentations from both players and developers alike, tournaments, direct access to developers in roundtables and can also check out some CCP projects that could spawn the next EVE: Valkyrie or EVE: Gunjack.

In addition to this, there's also the epic Fanfest Pub Crawl, an annual feature of EVE Fanfest that produces its own stories, experiences alliances and rivalries! 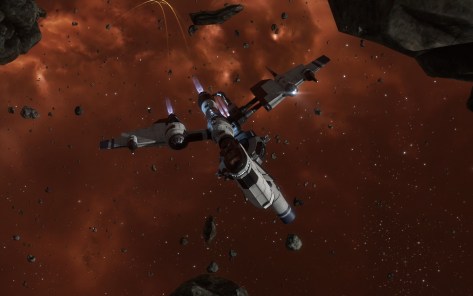 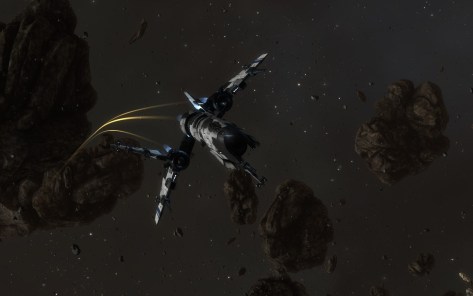 In celebration of the 20th Anniversary of CCP Games, attendees will also be able to get their hands on decommissioned CONCORD vessels as part of Fanfest ticket packages this year.

Every purchase of a Fanfest 2017 ticket will include the issue of a CONCORD Pacifier class frigate, and those who purchase their tickets before January 1st 2017 will also be able to get their hands on a decommissioned Enforcer class CONCORD cruiser.

Please be aware that the time frame to claim the Enforcer class cruiser by purchasing a Fanfest 2017 ticket is almost over, and while these ships will be part of future offers, those who purchase Fanfest tickets will be the first to receive them.

You can read more about these ships, and the Marshal class battleship too, over on EVE Updates!

To find out more information about Fanfest 2017, head on over to the Fanfest website, and to pick up your tickets, you can visit the Fanfest 2017 Eventbrite tickets page!

During downtime on December 27th we have reimbursed skillpoints that were not applied correctly when using an attribute booster shortly after deployment of the Ascension expansion.

END_OF_DOCUMENT_TOKEN_TO_BE_REPLACED
The New Year's Alter Ego Extravaganza will commence on Sunday, January 1!
If you missed the following alter egos the first time around, now's your chance you get a hold of them!

- From the Far East, the enigmatic Tenzen!
- The Springserpent General herself, Mihli Aliapoh!
- Valaineral R Davilles, master of the Uriel Blade!
- Coming to you straight from Abyssea, Joachim!
- Bane of beastmen, the Red Rose Warrior, Noillurie!
- The fiery Elivira, captain of the Gold Musketeers!
- The most patient beastmaster, Lhu Mhakracca!
- Ferreous Coffin, the bringer of white death!
- Gilgamesh, salty samurai of the sea!
- The Tavnazian Terror, Kukki-Chebukki!
- Adoulin's eyes and ears, Margaret!
- Leonoyne, the ice-cold hero of Jugner!
- Maximilian, the cunning commander of the Bastokan 1st Legion!
- Kayeel-Payeel, Master Caster of the Aquarian War Warlocks!

- From the Far East, the enigmatic Tenzen!
- The Springserpent General herself, Mihli Aliapoh!
- Valaineral R Davilles, master of the Uriel Blade!
- Coming to you straight from Abyssea, Joachim!
- Bane of beastmen, the Red Rose Warrior, Noillurie!
- The fiery Elivira, captain of the Gold Musketeers!
- The most patient beastmaster, Lhu Mhakracca!
- Ferreous Coffin, the bringer of white death!
- Gilgamesh, salty samurai of the sea!
- The Tavnazian Terror, Kukki-Chebukki!
- Adoulin's eyes and ears, Margaret!
- Leonoyne, the ice-cold hero of Jugner!
- Maximilian, the cunning commander of the Bastokan 1st Legion!
- Kayeel-Payeel, Master Caster of the Aquarian War Warlocks!

Read on for more details on the alter egos available during New Year's Alter Ego Extravaganza and how to acquire them.

As many of our followers on social media will have seen, over the course of the last few weeks we’ve released a series of videos that chart the stories and experiences of several of our high-profile pilots.

If you missed them, you can see them on YouTube here:

Sindel Pellion – Nobody Has Been Everywhere

Nashh Kadavr – I Lost Everything I Stole

Chessur - They Were Wrecks When I was Done

We’re now launching a competition that begins today, where you can tell your own story and be in with a chance to win some amazing prizes.

So, how do you get involved?

To enter the contest, all you need to do is create your own video that charts an experience that you’ve had in New Eden.

Whether it’s a run-in with pirates, discovering something valuable out in space, a war declaration or maybe a successful scam or trade, we want to hear everything you guys have experienced. The highs, the lows, the successes and failures, all laid bare as learning experiences in the dystopian world of New Eden.

The video can consist of in game footage, voice overs, video of yourself, and even motion graphics and effects if you’re feeling ambitious. Let’s just remember to keep it teen rated!

How do you enter?

Entering the contest is simple:

From there we’ll look at all the entries and select our top three for first, second and third place.

There’s a few simple rules for this contest that entries need to conform to.

Be sure to read these before you submit your video:

We’ll be awarding prizes for first, second and third place as chosen by the developers here at CCP Games.

Here’s what you can win by entering the contest:

Happy Holidays from everyone here at CCP Games!

Today marks the final set of gifts for the YC119 Yoiul Festival Celebrations!

Be sure to also keep an eye on your redeeming system over the course of the next week, as we issue additional festival launchers and new fireworks on December 31st to ring in YC119!

With many of our pilots around the world taking time out from the spacelanes of New Eden today to celebrate the holiday season with family and friends, we would like to wish all our capsuleers and Valkyries a very Happy Holiday season, and offer our best wishes for 2017! 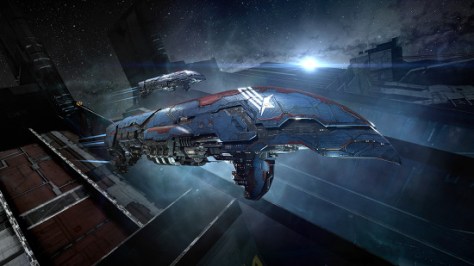 While celebrating the winter holidays, we have a new SKIN ready for you in the New Eden Store. Enjoy the Star Captain SKIN for the "Paladin"- class Amarr Marauders!

The incredible Star Captain SKIN - first seen on Confessor destroyers - is based on the new pattern projection technology and features a prominent white star on top of a striking red and blue color scheme.

This sophisticated SKIN is now available in the New Eden Store for 2800 AUR.

Check out the highlights of the brand new o7 show first aired on Sunday, December 18!

If you have missed the show, you can watch it now here or at CCP's YouTube channel: