It’s almost that time of the year again, and EVE Vegas 2017 is just a few weeks away.

We’re currently working on finalizing the schedule here at CCP Iceland, and we’ll be publishing it within the next couple of weeks.

Today, we’re happy to announce a few of our developer and player speakers who’ll be coming out to talk to you guys about what’s coming up for EVE Online.

This year, we’ll have some Vegas veterans, as well as a few CCP Newbros that you’ll have to assist us in taking care of. Returning to Vegas this year will be CCP Falcon, CCP Guard, CCP Rise and CCP Fozzie, as well as CCP Punkturis, CCP Affinity and CCP Manifest.

Vegas Newbros include CCP Nagual, CCP Sharq, CCP Vertex and CCP Redcape from our spacefaring brethren over on EVE Valkyrie.

There’s a few more of us who’ll also be coming out to Vegas to talk to you guys about all the content coming up in the Winter Expansion, as well as some more information on balance, and what to expect going forward.

Along with our developer speaker lineup, we also have a whole host of EVE players who’ll be presenting at Vegas this year, including Matterall, Mike Azariah, Max Singularity, Emmaline Fera, Debbes Sparre and Elise Randolph. Our player presenters will be covering everything from the capsuleer history of New Eden, to Wormholes, EVE Physics, leadership in EVE, building fleet doctrines and supporting new players.

At EVE Vegas this year, we also have a charity screening of Blade Runner 2049 in support  of AbleGamers, as well as the EVE Vegas Highroller Experience. If you’d like to get your hands on tickets for these events, be sure to snap them up quickly, as they’re selling fast.

The same can be said for EVE Vegas conference tickets – we’ve got less than 40 left, and this year EVE Vegas is set to be the biggest event we’ve ever hosted in the Nevada desert.

Capsuleers who love the social side of EVE Online are not going to want to miss this one.

Be sure to grab your tickets today. You can read more about the event and pick up tickets over on the EVE Vegas website!

The Blazing Buffaloes event is once again coming to Vana'diel!

Read on for details.
Fulfill your Star Wars destiny. Get your hands on new Umbara-themed gear. 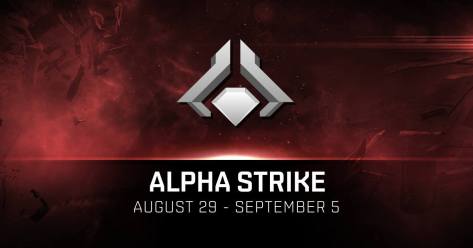 The Alpha Strike in-game event has started and is great for pilots who are new to EVE Online.

Click the Agency icon on your Neocom in game, and start earning those rewards today! We are excited to present a brand new SKIN for Caldari ships: Enjoy the Steel Cardinal SKIN!

END_OF_DOCUMENT_TOKEN_TO_BE_REPLACED
The following campaigns will commence on Monday, September 11, at 1:00 a.m. (PDT)

Read on for details.
Hijack a moving train to uncover a deadly traitor in a new Flashpoint, earn a new stronghold on Umbara and more!

Each year, EVE Vegas has a track record of raising thousands of dollars for good causes.

This year we’re incredibly proud to announce that we’ll be supporting AbleGamers with all our EVE Vegas 2017 charity fundraising. This includes the silent auction for Tranquility Server Blades, as well as the annual EVE Vegas raffle, and a new event unique to this year.

As part of EVE Vegas 2017, we’re happy to announce that out fundraising efforts will be supplemented by a charity screening of Blade Runner 2049, which premiers during EVE Vegas this year, on October 6th 2017.

A screening of the movie will occur on Sunday, October 8th that will be exclusive to EVE Vegas attendees.

CCP have secured Auditorium #3 at United Artist Showcase Theatre 8, which is over at the Showcase Mall building by the MGM Grand Hotel.

The location seats a total of 288 and is a 22-minute walk away from The Linq, where EVE Vegas 2017 is hosted, but can also be reached quickly by the Las Vegas Monorail, which stops at MGM Grand Station and departs directly from The Linq & Harra’s station at the EVE Vegas Venue. 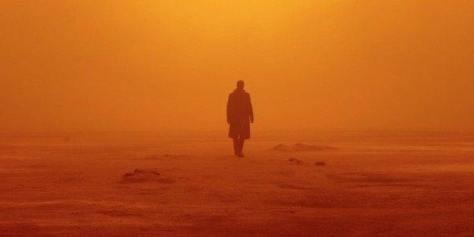 We have several options for tickets that are available for the event, with three levels of support for AbleGamers.

A breakdown of ticket types is below, and you can head on over to Eventbrite to purchase tickets here!

It's important to note that all proceeds from this screening will be donated to the AbleGamers Charity.

Please note these options are NOT ticket purchases for the screening:

We’re very much looking forward to this event at EVE Vegas 2017, and hope that as many of you as possible will join us in support of an amazing charity initiative that assists in allowing those with limited mobility to enjoy video games.

About The AbleGamers Foundation: 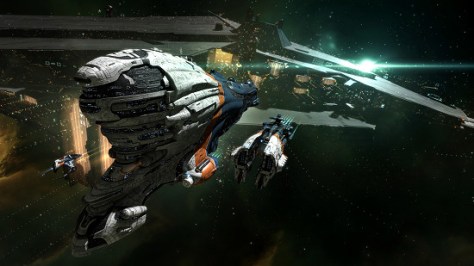 Upon popular demand and to celebrate a successful Alliance Tournament XV, the amazing IGC SKIN for Serpentis ships are available until 29 August. The SKIN is available in the New Eden Store for the following seven Serpentis ship hulls:

Originally scheduled to be available only during the Alliance Tournament, we have seen high demand for these fantastic SKINs. Therefore, we extend this offer one week! These SKINs are available now in the New Eden Store until 11:00 UTC on 29 August.

Check out the New Eden Store for further details!

Join our next EVE Online mass test on Thursday, August 24th for a preview of the improved turret firing effects.

We invite you to join our next mass test on the test server Singularity this Thursday, August 24th, at 17:00 EVE time (=UTC). Join us in testing our improved turret firing effects with dynamic exposure, muzzle flare, and impact splash effects.